Psycho kid Wiki
Register
Don't have an account?
Sign In
Advertisement
in: Series, THE SPIRIT OF URSULA Videos, Finished Series, The Devil Inside

THE SPIRIT OF URSULA SERIES!

"A gang of four discover a restless spirit in the woods and feel compelled to save her."
―Playlist Description

"What this series is, is every single day for the month of October, we're going to be hitting up a new haunted place! Whether that's a legitimately, scary, abandoned, place... or a haunted attraction."
―Jesse announcing and explaining the series in NEW SERIES ANNOUNCEMENT!.

THE SPIRIT OF URSULA (originally titled the HAUNTED EXPLORATION SERIES!) is a series of videos that follow Jesse and Parker with the addition of Larry Abraham and others exploring various haunted areas and attractions. Though it was stated that this series will not have a proper storyline like the previous series Jesse has worked on, it later developed into a storyline about Ursula and Jesse, Parker, Larry, and Joe making her whole once again.

Jesse Ridgway, Parker Zippel, Larry Abraham, & Joe Bump explore haunted places to film until they come across an old rotten house that supposedly belonged to a woman named "Ursula". The group then start receiving calls and messages asking for help and even encounter the spirit herself. Tired of it, they decide to seek answers. Having died in a fire, Ursula longs to be alive again and happens to be in a love triangular battle between a disappointed man named Luke and a two-faced man named Edgar. Feeling compelled, Jesse and his friends carry out their mission to help save Ursula through scary happenings, killer clowns, a suspicious young man named Andy, & life-threatening choices.

HAUNTED HOUSE IN THE WOODS!

Do You Believe in Ghosts?

SCARY STORIES AROUND THE FIRE!

HUNTER IN THE WOODS!

SCARIEST NIGHT OF MY LIFE!

KILLER CLOWN CHASES US THROUGH CORNFIELD!

THE STORY OF LUKE!

GANG OF KILLER CLOWNS ATTACKS US!

Newspapers which date to the late 1970s

The Killer Clown, which attacked the Juggiesmobile

An unconfirmed sighting of what is deemed to be Ursula

Luke escapes from the shed, seemingly trapped in there "forever"

Until death, do us part... and beyond. 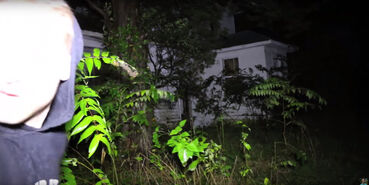 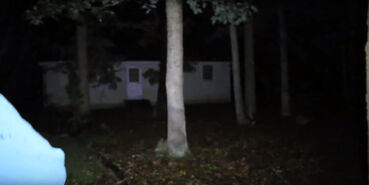 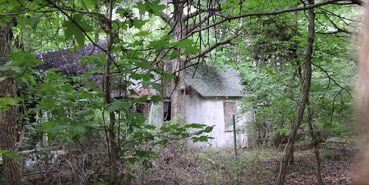 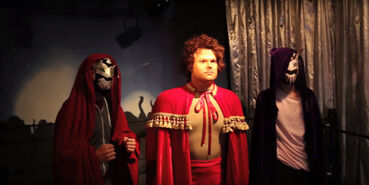 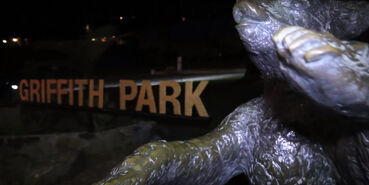 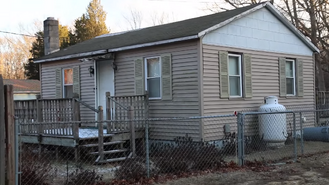 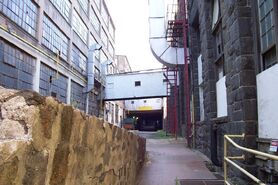 Although viewership has been declining, the series has been deemed fresh, exciting and actually fairly creepy at points.

Community content is available under CC-BY-SA unless otherwise noted.