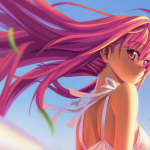 What I Think About the Psycho Series

I want to start by bringing up the idea of the Psycho Series being the series Jesse was talking about in 2015: NEW VIDEOS & CHANNEL CHANGES. Jesse confirmed in 2016: Channel Changes & Announcements that the series he was referring to was not the Psycho Series.

I noticed some holes in the idea of this being the Psycho Series, such as it being fourty episodes and starting on the first day of spring. The Psycho Series already had a few episodes at the time of 2015: NEW VIDEOS & CHANNEL CHANGES being uploaded, invalidating the idea of it starting in spring.

Evidence That The Psycho Series Is Real

Some of the things that are destroyed / damaged cost a fair amount of money to replace / repair (Jesse's car). It doesn't seem likely to me that they'd be willing to pay that much money for it, especially as early in the series as Psycho Dad Wreaks Car.

Since Jesse has had a head injury, it was dangerous for Jesse to have dirt dumped on him.

With most of the Psycho Videos, if something goes wrong, they can always refilm it. But with Psycho Dad Raids Stream taking place on a livestream, they can't refilm it if they make a mistake without the audience becoming suspicious, so they would be under that pressure during filming.

​I think the YouTube Play Button would be too valuable to Jesse for him to agree to it to being destroyed.​​

​I'm not a medical expect, but I think that going out in the snow like Jesse was forced to do is risky in terms of Jesse's health.

I could be wrong, but I would think it would be a health hazard for Poopyjohn, Ella and Luna to be in the house with smoke everywhere.

I could be wrong, but I think that it might be illegal to be dragging a PS4 along the road. If it is, it wouldn't make sense to do it as part of the script.

Regardless how careful Jesse is, shooting a roman candle towards Jeffrey Jr. is incredibly dangerous.

Poopyjohn, Ella and Luna's reaction to Theresa coming back to the Ridgway Residence seems to be very over the top, unless they hadn't actually seen her in a while. You can't make dogs act like that to my knowledge.

Jeffrey Sr.'s safe seems that it was purposely hidden and to be honest, I'd hide a safe too, but Jeffrey Sr. openly showed it's location while aware that pretty much everything they do is on the internet.​​​

​Toni's Treats does indeed have many negative reviews due to Jesse's behaviour while working there, which is a huge negative for the business.

Toni's Treats has apparently got a lawsuit after Jesse and some reviews are wishing them luck. I think that pretending this and having bystanders believe it's real is illegal. ====Psycho Dad Demolishes Gaming Room ====

Similar to Psycho Family Halloween, Jesse and Corn being inside the Gaming Room while it's being destroyed is incredibly dangerous.

Evidence That The Psycho Series Is Not Real

The clip of Jesse's car seemingly related to Psycho Dad Wreaks Car in McJuggerNuggets Needs YOU! shows the car (without it's windshield damaged) having a tree fall on it and Jeffrey Jr. cussing. This suggests to me that it was a failed take of Psycho Dad Wrecks Car.

According to this wiki (I wasn't around to see it happen myself), Psycho Brother's Frozen Lockout was taken off YouTube due to "bullying and abuse", which seems to match what the video is, and was put back on. Since it was not taken down again, it's possible Jesse contacted YouTube to say that the Psycho Series is scripted, which would allow Psycho Brother's Frozen Lockout to be on YouTube.

Jeffrey Jr.'s laptop, as seen in THE FALL OF EAGLE'S LANDING *PSYCHO UPDATE*, appears to the same as one of the laptops in Psycho Dad Crashes WoW LAN Party, possibly reused.

When Jesse smashes the bottle over Jeffrey Jr.'s head, it seems to me that the bottle breaks too easily. I don't regularly encounter beer bottles, but I have seen and handled a few (not Corona bottles though, so they could be different).

Jeffrey Jr.'s immediate reaction once hit seems unnatural. He comes upwards a bit before falling to the side. I'm no medical expect, but I would think Jeffrey Jr. should immediately fall downwards, losing all support from his body.

​​​To be completely honest, I strongly doubt that the way Jeffrey Jr. was knocked out is possible.

​Similar to Psycho Brother's Frozen Lockout, is Psycho Brother Stomps Glasses actually allowed to be on YouTube? Physical violence and a wound with blood actually being shown in PRISONER OF WAR! *PSYCHO UPDATE*, it sounds like something that I would doubt would be allowed on YouTube (unless it was acted).

​I think the fighting in Psycho Brother Stomps Glasses seems more like grabbing and wriggling around rather than fighting.

​Unless I've missed something, Jesse seems oblivious to the fact that Toni's Treats is sueing him. I would think that the person being sued would be alerted very early on in the case. I think Jesse would mention it (at the very least) in the vlogs.

I'm one of those people that believes things I'm told unless I find out otherwise or see a reason to doubt them. While the Psycho Series has several points pointing towards it's being fake, I personally believe that the majority of the Psycho Series is real, with a few exaggerations / fakes (Psycho Girlfriend Breaks iPad for example).

I do tend to sway either way depending on the day and as I watch the latest videos, but I do tend to stick with my belief I mentioned above.

Videos That Are Missing Pages (INCOMPLETE)

Retrieved from "https://psychokid.fandom.com/wiki/User:Shelbias_Mellbini?oldid=51370"
Community content is available under CC-BY-SA unless otherwise noted.